The colony authorities recently gave Azat a formal reprimand, on a manufactured charge of supposedly violating a rule about the number and size of photographs he is allowed to keep.

Prior to the court hearing the colony authorities also had Azat complete a lengthy psychological evaluation questionnaire, which is standard practice when they are trying to sink a prisoner’s chance for parole.

After this court decision Azat is expected to remain in the prison colony for another year, until September 5, 2023.

The Azat Miftakhov Committee continues to call for Azat Miftakhov’s immediate release from prison, so that he can resume his mathematical studies and research.

Azat Miftakhov had been moved to the Correctional Colony number 17 in Omutninsk  August 9, 2021

My answer to a question in Quora: Why do pure mathematicians keep proving new theorems but don’t know their applications in real life?

I am a pure mathematician, but I have some experience of solving raw engineering problems, that is, problems where engineers have no vaguest idea what kind of mathematics could be applied. In one peculiar case I was using in my solution the classification of finite simple groups, the one of the most notorious achievements of the 20th century algebra — its original solution was spread over 100+ journal papers of about 10,000 pages in total (and contained gaps and holes which required additional hundreds of pages of proofs). It is hard to imagine anything more pure and remote from the so-called “real life” then the classification of finite simple groups.

I already said somewhere on Quora that

Mathematics is a living organism which has to meet its own needs just to stay alive. It can be usefully compared with a cow. Cow is useful, for example, she gives us milk. Her udder definitely belongs to applied mathematics. But let us accept that the whole remarkably useful cow is applied mathematics.

The cow needs food and water, and air for breathing, etc. For production of milk, once in a year cow needs a rendezvous with a bull. We may perhaps compare pure mathematics with this bull.

Then I had commented a someone else’s answer:

Someone’s answer: There was a mathematician who believed math to be irrelevant if it had real world applications, so he devised a branch of mathematics using only on/off states. His name was George Boole, and the Boolean math he created is the basis of most of the electronic devices in use today. You don’t know what will become useful, but the math will be there for it.

I disagree with your assessment of Boole. He designed what is now known as Boolean algebra as a way of checking and resolving logical arguments by some kind of arithmetic with True and False being values used in place of numbers. Prior to 19th century (when Boole lived) the use of logic was confined to Theology and Law, and Aristotelian logic taught to students (as a rule, of privileged classes) who were supposed to become priests or lawyers. As it is clear from his writing, Boole had aim to create logic for the masses, mental tools assisted by calculation on paper, for ordinary working people to understand, for example, court proceedings. He was, in nowadays terminology, a social activists: fought for improvement of working conditions for shopworkers, founded schools, credit unions, etc. The purpose of logical calculus that he invented was very pragmatic.

My answer to a question on Quora: Have you ever gotten answers by intuition in math but don’t know how to explain it?

In mathematics, an answer without explanation (proof) is not an answer. What you call “answer” or “result” (while this result is still not proven) is called a “conjecture”.

Refutation is no less important than proof. Without refutation, mathematics is a car without brakes.

In my life, I produced hundreds of conjectures. Most of them died, some instantly. Some are still open – that is, not proven and not refuted.

My answer to a question on Quora: If you are an autodidact, do you think you were born that way, or did you get so curious because of the environment you grew up in?

If you are an autodidact, what is the “actionable information” in an answer to this question? What will you change in your behaviour after receiving a definite answer “this was all nature” or “this was all nurture”?

But if you are a young parent of a child, I think it is my duty to you to say that I think that all children are born instinctive autodidacts, but this trait is usually destroyed in them by their upbringing in the family, school, etc.

In a parallel development, all children are born with natural abilities for mathematics, but by the age of 16 this gift is usually completely destroyed in them by the criminally bad mathematics education — this is why it is considered to be so rare and so precious.

My answer to a question on Quora: Is relearning math like relearning how to ride a bike?

It is impossible to unlearn to ride a bike, or to swim, or to drive a car. The same applies to mathematics. But you may need a refresher course, or just some personal time and effort to restore your skills to the previously achieved level. Moving further than that is of course possible, but is more challenging and requires additional effort. What can I add? Be brave and go for it!

On request from colleagues, I reposted my paper of 2002:

20 years since publication, it was nowhere to find on the Internet. Sic transit gloria mundi. 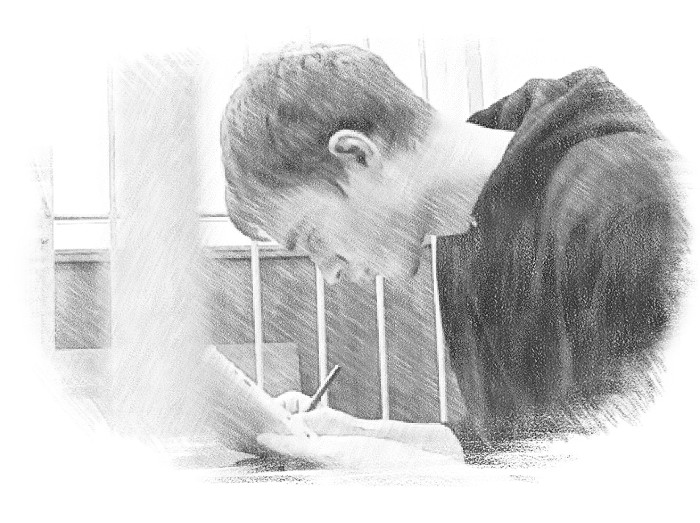 In view of the unprecedented brutality and destructiveness of Russia’s criminal aggression against Ukraine, we have renamed our event, that was originally announced before Russia’s invasion of Ukraine, into “Azat Miftakhov Days Against the War”. As we continue to fight for Azat’s release from prison, we stand in solidarity with the Ukrainian mathematicians and the people of Ukraine who suffer the terrible brunt of the war.

The Azat Miftakhov Days Against the War will take place on Tuesday and Wednesday July 5-6, 2022, in solidarity with Azat Miftakhov, a mathematics graduate student from the Moscow State University who has been arbitrarily imprisoned by Russian state authorities since February 2019.

A panel to assess the human rights situation in Russia through the cases of persecuted academics, coorganized by the Azat Miftakhov Committee and the prominent Russian NGO Memorial Human Rights Center. The panel will make a special emphasis on the Russian academics and students persecuted for opposing Russia’s war in Ukraine.

For technical reasons related to the hybrid nature of the event, this panel is transferred to the Institut des Hautes Études Scientifiques (IHES) in Paris. Instructions to access IHES are available here.

– Alexander Cherkasov, Chair of the Council of the Memorial Human Rights Centre

– Rachel Denber, Deputy Director of the Europe and Central Asia Division of Human Rights Watch, specializes in countries of the former Soviet Union

Further information will be available on caseazatmiftakhov.org

We are pleased to announce that the second Azat Miftakhov Days will take place on Tuesday and Wednesday July 5-6, 2022, in solidarity with Azat Miftakhov, a mathematics graduate student from the Moscow State University who has been arbitrarily detained by Russian state authorities since February 2019. Azat has been mistreated and tortured by the authorities while in detention. His trial, which took place after much delay in the Fall of 2020, was based largely on the testimony of “secret” government witnesses. In a grossly unjust and excessive decision, in January 2021 a court in Moscow sentenced Azat to six years imprisonment in a penal colony for “hooliganism”. Azat is currently serving this sentence in a labor colony in Omutninsk.

On the first day, we will honor the new generation of Russian mathematicians committed to human rights. The speakers are Ilya Dumanski (MIT), Alexander Petrov (Harvard) and Slava Rychkov (IHES). Their mathematical lectures will be broadcast live on Zoom and youtube.

On the second day, we will co-organize with Memorial Human Rights Center a panel to assess the human rights situation in Russia through the cases of persecuted academics. The panel will be hybrid, online and in person at the École normale supérieure in Paris, open to academics, human rights organizations and journalists.

On 29 December 2021, the Moscow City Court has ordered the closure of the prominent Russian NGO Memorial Human Rights Center for allegedly violating “foreign agent” legislation. Founded in 1991, HRC Memorial is one of the most respected human rights organizations in Russia and in the world. The prosecutors claimed that HRC Memorial repeatedly violated the “foreign agents” law by refusing to label their content as produced by a “foreign agent”.  They also claimed that HRC Memorial justified “terrorism and extremism” by keeping a list of people detained for political reasons on its website. The list featured individuals imprisoned following unfair, politically-motivated trials, including Azat Miftakhov. On 28 December 2021, the Supreme Court ordered the liquidation of its sister organization, International Memorial.

The first Azat Miftakhov Day organized last year, attracted over 1600 participants and raised awareness in the mathematical community of the injustice suffered by our young colleague. We are counting on your participation in this second edition to send a strong message of solidarity to Azat and to press for his immediate and unconditional release.

Registration is mandatory both for participation online or in person. The registration form is available here.

Further information will be available on caseazatmiftakhov.org 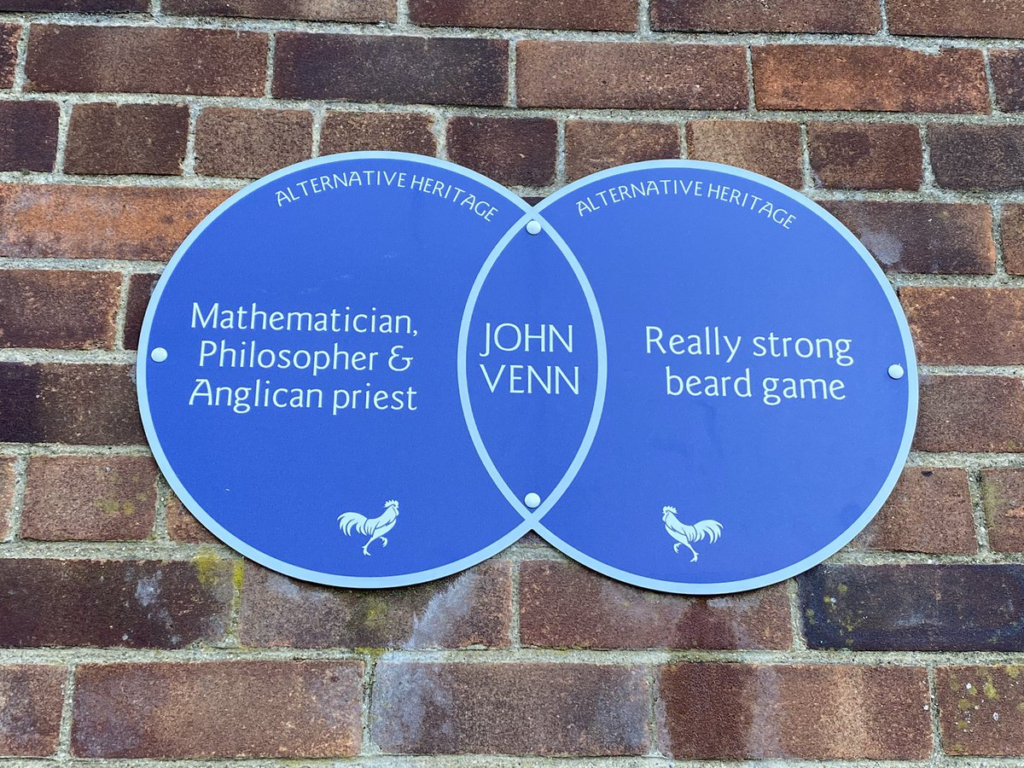 John Venn is, of course,  a mathematician who proposed Venn diagrams, this bit is easy. But the phrase

is more interesting. “Really strong X game” can be found in print media and on the Internet for some other value of X as well. It means that something is impressively done (or, by extension/humor, impressive). Taking into consideration his social class, Englishness, and times of his life, this also suggests connections with cricket — in those days, more fanatical cricket  players frequently exhibited very impressive beards. This my conjecture was immediately confirmed by a brief glance in the Wikipedia. First of all, John Venn’s beard: 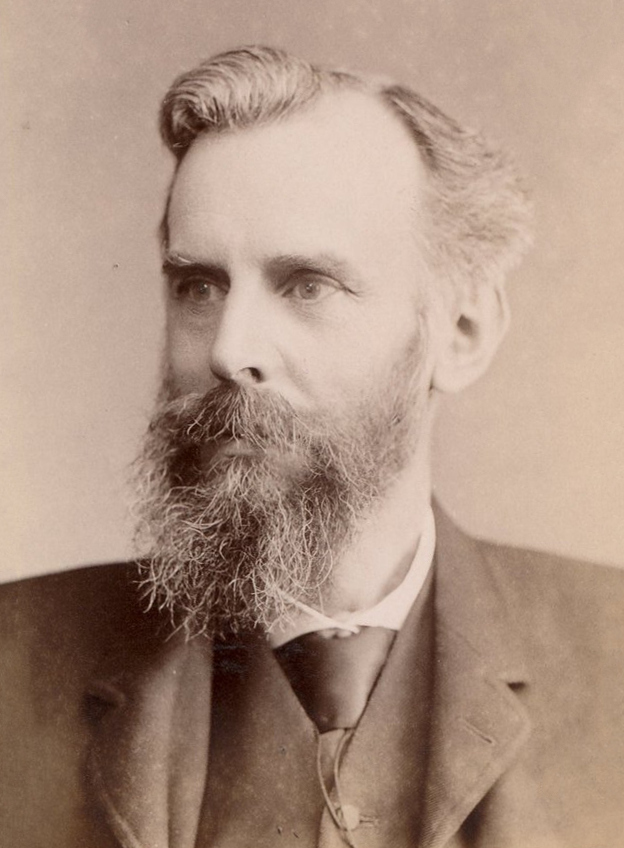 Secondly, a quote from Wikipedia:

He built rare machines. A certain machine was meant to bowl cricket balls. The machine was so fascinating that when Australian cricketers were visiting Cambridge, the machines were used to entertain their arrival. The bowl cricket ball machine that Venn built actually bowled out the top ranked player of the team four times consecutively.

We understand nothing so well as that which we could also make, if we were given the necessary material.

The catch is, mathematics has its owns means of providing the necessary material.

This Journal is exactly what it says on the tin: a collection of anonymised, concatenated, expanded, and properly set in LaTeX excerpts from my emails to my mathematician colleagues. See Posts for less formal free-flowing blog entries. --Alexandre Borovik

I write in my personal capacity (after all, this is correspondence with friends) . The views expressed do not necessarily represent position of my employer or any other person, organisation, or institution.